What to look for? How to stick them together? How to sail through troubled waters? 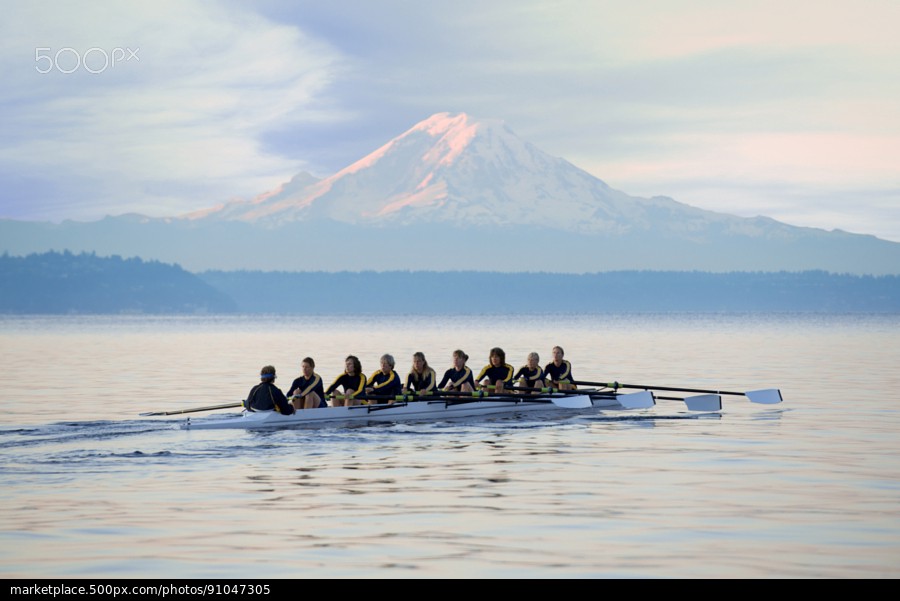 Building a team is not an easy job. I’m not here to brag about team-building as if I had successfully assembled several such teams. I’m a beginner. I’ve assembled a team of 25 in my college. The team had done remarkable things than I have ever imagined. I am just sharing my views and share things that I have encountered in the process.

What to look for?

Rule #1: Everyone you look out for is different from one another. That’s why they are “individuals”. Always, you cannot find a person same as some one else. If a person A does a task for you, you may get the task done with person B, but the results would never be the same. So, here’s a list of things I looked for when I hand-picked folks and assembled the team.

Look out for people with self-motivation. They not only get things done but they are someone whom you can rely on. They will be your best people. A team is supposed to stick together, even if you had to go out of it and only a self-motivated individual can look after the team from where you had left.

In my opinion, challenge lovers be naturally self-motivated. When you find self-motivated people, the task as a leader for you is to give them challenges so that they push themselves towards the goal. Set them a realistic, useful and a proper goal.

Hire people who are better than you

Finding and hiring people who are smarter and better than you is good for you. Don’t hire “brilliant jerks” though. Knowledgable people will constantly push you to give them something better to work on. Also, you don’t have to teach them everything. They are self motivated and they’d learn things on the fly and get stuff done.

Avoid people who don’t think or act on their own

Don’t hire people who don’t think or act on their own in their tasks. People would need enough time to learn things before they could do. But there are people who are lazy enough to do things, even if you guide them. If you think having one or two in the team is okay or that you can change them in the course of time, you will fail, big time. Laziness is contagious.

How to stick them together?

It’s always a tough job to keep “individuals” together for a common cause. It is in the way you bring them together and the way they feel comfortable with each other in the team. If you could find people who pass through the above listed points, they will tend to stick with each other.

Speak with each member of your team

You or your co-founder or both of you together, speak with each of your team members. Tell them the three things

Don’t tell them of improbable stuff. Be honest and try to project positivity in your approach.

Give up your ego. You should not act like a dictator after assembling a great team. Provide them with flat hierarchy and tell them that no one is above all of them. This way they would do what’s good for the team, rather than what’s good for them. Also, it’s one good way you can hear back from them how things are working. A positive, friendly team culture can be built only by this.

A team will need you, anytime, anywhere. Always make yourself approachable when your team comes to you. Even if you can’t do it immediately, give them some time later. As a leader, the team should be one of your top priorities. Hear them out, help them when in need.

No one is perfect, even if you had hired the smartest of people. People make mistakes and you should let them do it. That’s how people learn. Also, refrain from pointing out their mistakes before all, rather be with them and come out of the problem together.

Make sure all voices are heard

Different people give different opinion. Make sure all your team members have a say in things common to all. In things specific to sub teams, if one of your team member have a say, sit with the sub team and this member and make sure the opinions are heard. At times, they sound dumb. It doesn’t mean you shouldn’t hear them.

How to sail through troubled waters?

Just because you assembled a great team doesn’t mean you won’t face any problem in the long run. Every team will have it’s own set of problems. It may be because of miscommunication or ego. As a leader, it’s your duty to resolve things.

Often, I found most of the problems solve automatically when you hear them out. Make sure you hear both sides of the problem. Sometimes, it could be a problem that came out of miscommunication or could be because of difference of opinion. By hearing them out, you are assuring them, that there’s flat hierarchy and that you are approachable. Also, it will enable you to provide better solution.

Don’t give them up

People make mistakes. Sometimes they may do it over and over again. Don’t give up on them yet. Sometimes, it is true that they experiment with themselves and different approaches. Give them enough time to give their best.

Be at the front, when your team needs you

Sometimes, the team as a whole may get into trouble and would need your help. Be at the front for them. It’s you whom they can completely trust on. Don’t ever give up on your team. Fight for the team to the best.

A proper mentor would help you and your team 10x than just you. Having a good mentor is a moral boost for you as well as your team. The more the positive energy around you, the more good for you.

A wise man gets more from his enemies, than a fool from his friends - Baltasar Gracián, The Art of Worldly Wisdom.

There’s no worst person in this world to get feedback from. You can learn things even from the person whom you hate the most. It’s your willingness to accept things and improve upon it. Always be open to ideas, suggestions and feedback. Without a constructive approach to criticism, you cannot learn.

Be good. Do good. Have fun building a rockstar team!

Do you have anything to say? Wonna add something? Feel free to reply and give some “Hearts” for this article.

(Disclaimer: Views expressed here are my own)

Thanks to YourStory for republishing this article. Here’s the link.